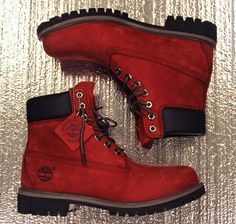 The meeting place was at least 40 minutes away and we had never been there before, so we would probably need a little extra time. Perhaps I should go on alone, I thought. No, this was really as much for Kim as it was for me, in fact even more so. Yesterday when we talked she had said she was really homesick. I smiled at the thought. ……

She was experiencing culture shock. ….. a newly wed with an infant daughter living with her in-laws in small town, USA, no job, no friends, and no way to meet new people.

Yes, Kim needed this outing, for sure. I dropped the thought of going on without her, called Cindy and told her that we were coming but would be a few minutes late.

I glanced at my watch again, looked up and saw Kim’s black Lexus rounding the corner. I relaxed a bit. At least I had called ahead to let them know we were on our way. There was not much traffic. We made it in about 35 minutes. Found the Wellness Center without too much of a problem, walked in and followed the sound of a woman’s voice. It led to a small meeting room with about 8 women sitting around white foldout tables arranged in a square. No way to slide in unnoticed.

Just as I had feared, when we walked in everything stopped.

Cindy introduced us to the group and explained the rules. They were on step #10, “wholeness.” There were 5 related questions that one could speak on. The energy was warm and open. One by one women began to speak, stating their name first. Some were teary as they spoke of pain, struggle, healing, love and gratitude. This appeared to be a space for authentic connection. A couple of young women were dealing with some of the same issues as Kim. I glanced at her and whispered, “Your friends.” She smiled and nodded.

Nearly everyone in the room had shared something. I had to get adjusted to the emotional tone before I knew for sure if I could speak with a steady voice. “My name is Carmen, “ I said. “I want to speak to question #5. It was in the darkest moment of my life that I had the most profound experience of love, joy, compassion and hope. This was when I lost my son to suicide about 3 years ago.
There was such an outpouring of love from all over the world that it was awe- inspiring. My son was a well- known actor. This outpouring of love was what sustained me. It was incredible.” When I finished speaking, I noticed that the other women in the room were visibly touched and I could feel compassion in their silence.

We ended the meeting by reading the Step #10 affirmation aloud together:

“We came to see that, over time if we practiced these guiding principles on a regular basis in all areas of our lives, there is peace. We came to know, see and experience love, compassion, hope, humility, joy and wonder all around us. We are whole.”

After the meeting, the ”red boot” women exchanged greetings, hugs, and lively chatter. Some were meeting for lunch and others were going back to their scheduled activities, but it was clear to me that this meeting had, indeed, fulfilled the stated mission of creating “spaces where people feel safe, connected, and loved.” The “red boot” women were lively and daring. The experience was unusual and memorable.

Kim was all smiles when we left. I was glad that we had come. Being late no longer mattered.